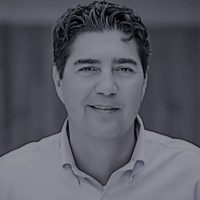 David, his wife Mauri, and their 3 kids, live and play on Anna Maria Island. David has been involved in several local organizations for the past 15 years including Anna Maria Elementary, City of Holmes Beach (Commissioner for 9 years), Rotary Club of AMI, HB Parks & Beautification committee, AMI Moose Lodge member, HB Police Pension Board, Florida Institute for Saltwater Heritage, Manatee County Financial Advisory Board, and a member and coach at the Center on and off for the past 16 years

David has an undergraduate degree in Chemistry and a Masters degree in Business from Florida State University. After working as a Chemical Analyst for the FL Department of Environmental Protection for 5 years, David moved back to SW Florida and started working for Morgan Stanley in 2000. He is still in the Finance business after 17 years, and works for Raymond James as a Financial Advisor.

Having grown up in Tampa, David and his family know how lucky we are to live in paradise and their focus has always been to make our community a better place for every generation and to give our all.

With an undergraduate degree in marketing and accounting from Indiana University and a MBA from University of Tampa in finance and economics, Christine had a varied and experienced filled career. She worked for GTE/Verizon for 17 years, spent 10 years as a successful licensed mortgage broker and was the Business Manager for her late husband’s real estate law firm, title company and property management firms. Christine moved to Anna Maria in 2010, owns WestMark Properties, LLC which owns and manages rental properties and is a licensed real estate sales associate with Atlantic Coast Realty Advisors. Her daughter, Jayne Major, is a horse trainer in Raleigh NC, her step daughter, Jessie Hicks, is an accountant in Salt Lake City and her son is Captain Sam Major of Captain Major Fishing Charters on Anna Maria. Christine volunteers at The Center and Roser Church, is a care giver for her mother and brother and enjoys traveling. She has a focus on fitness including yoga, CrossFit, hiking, biking and kayaking.

Kathleen Morgan has called Anna Maria Island her home for 18 yrs. Prior to moving here, she lived in New York where she operated a successful tire and auto business for 23 years. Having a vacation home on the island and with the passing of her husband, Kathy moved to Anna Maria along with her children Leah and Troy. When Leah was only 5, she started kindergarten here and attended The Center’s afterschool and vacation programs. Kathy had discovered The Center was a great place for kids, and today participates in exercise, craft, and dance classes.
Kathy has degrees in Computer Science and Graphic Arts. As the owner of Morgan Johnson Realty, she is a Florida real estate Broker and has maintained her real estate license for over 20 years. She also works as a legal assistant in Sarasota for her husband, David P. Johnson, a Board-Certified Wills, Trust & Estates and Tax Attorney. They both believe that The Center is an important part of the community and are committed to its continued success.

Lisa holds a Bachelor’s degree in Pre-law from Gordon College and a MBA from Willamette University. Her career in telecommunications began in new product research forecasting and modeling, and later in product development and management, introducing 4 new classes of business services to market. Over their lifetimes these services, and their later competitors, grossed over $100B. More recently, she has served as a technology and marketing consultant to Fortune 500 firms, and as a Research Vice President and Managing Vice President at two prominent IT research firms.

Lisa and her husband Andy love the water and began visiting Anna Maria long before they permanently moved here in 2013 to care for her parents. Lisa volunteers at The Center and at Roser Church, and is an enthusiastic supporter of local arts, education, environmental preservation and wildlife rehabilitation groups. She has also served as a board member of a national public-private disaster response organization (see www.ccroa.org).

Don is a native of New Orleans, Louisiana and he moved to Anna Maria Island in 2010 with his wife, Leah. He holds a Bachelor's Degree in Political Science from Rhodes College in Memphis, Tennessee and a Master's Degree in Education Leadership from Union University. Don played professional football in Europe for two seasons following his graduation, and he was a high school teacher and football coach for eleven years before moving to the real estate profession in 2012. Don has been active in Fellowship of Christian Athletes and St. Jude Children's Hospital throughout his career, and he served on the area board of Coaches of Excellence. Currently Don is the managing broker and an owner of Beach House Real Estate in Holmes Beach. He and his wife regularly participate in adult sports, CrossFit and the annual Murder Mystery Play at the Center.

Charlie moved to Anna Maria in November of 2017 after 25 years in various state and federal policy roles.

Until 2017 Charlie Salem was the Managing Director of Public Policy Advocacy for U.S Government Affairs based in Microsoft’s Innovation & Policy Center in Washington, D.C. Charlie joined Microsoft in November 2010 and brought nearly 20 years of government experience from both federal and state government to this position. He managed an internal team of nine policy counsel members who provided expertise on a wide-ranging set of issues.

Before joining Microsoft, Charlie served as Chief of Staff to U. S. Senator Evan Bayh (D-IN), who was first elected to the Senate in 1998 after two very successful terms as Governor of Indiana. Bayh was reelected to the Senate in 2004 and retired in 2010. Charlie served as the Senator’s principal advisor on all political, communications, and policy matters. He also founded the Senate Moderate Democrats Working Group, comprised of 20 Senators working on issues such as health care reform, energy, tax policy, budget, and education.

Prior to his time in the U.S. Senate, Charlie worked for two-term Governor Lawton Chiles (D-FL) for eight years in several capacities. During Governor Chiles’ first term, he served as special assistant to the budget director and helped direct Florida’s relief efforts in the aftermath of Hurricane Andrew. Later, he served in Governor Chiles’ Washington, D.C. office as health policy counsel, helping to negotiate several Medicaid waivers to expand health insurance coverage and spearheading an effort to protect Florida’s tobacco settlement dollars from federal recoupment. In 1997, he was appointed by Governor Chiles as Director of the Florida Washington Office, assuming primary responsibility for all federal issues affecting the state including health and welfare reform, transportation, criminal justice, education, disaster relief, and immigration.

Charlie is a native Floridian and is now “mostly” retired. He lives full time in Anna Maria, Florida with his husband Scott Toland.

Michael has more than 50 years of experience in graphic design, branding and marketing. He has owned design consultancies, been creative director in advertising agencies working on many international brands such as Exxon, Lotus, Cadbury’s Dulux and Interlux yacht paint in Britain and Australia. Mike was also a founder in Britain’s first organic baby food brand that started the revolution in Britain feeding over 50% of babies and children organic food…ground breaking in the early nineties.

Since settling in Florida Mike has created several local brands such as: Beach Bums, AMI General Store, Pink & Navy, AMI Center, Pineapplefish, Italian Kitchen, Artspace, AMI Outfitters etc. He was also behind the development of the Historic Green Village on Pine Ave., a showcase of sustainable technologies to help leave a better world for our future generations. Mike resides at Harbour Isle with his wife. Together they enjoy their seven grown up daughters with their seven grandchildren. They own a farm and vineyard in the UK.